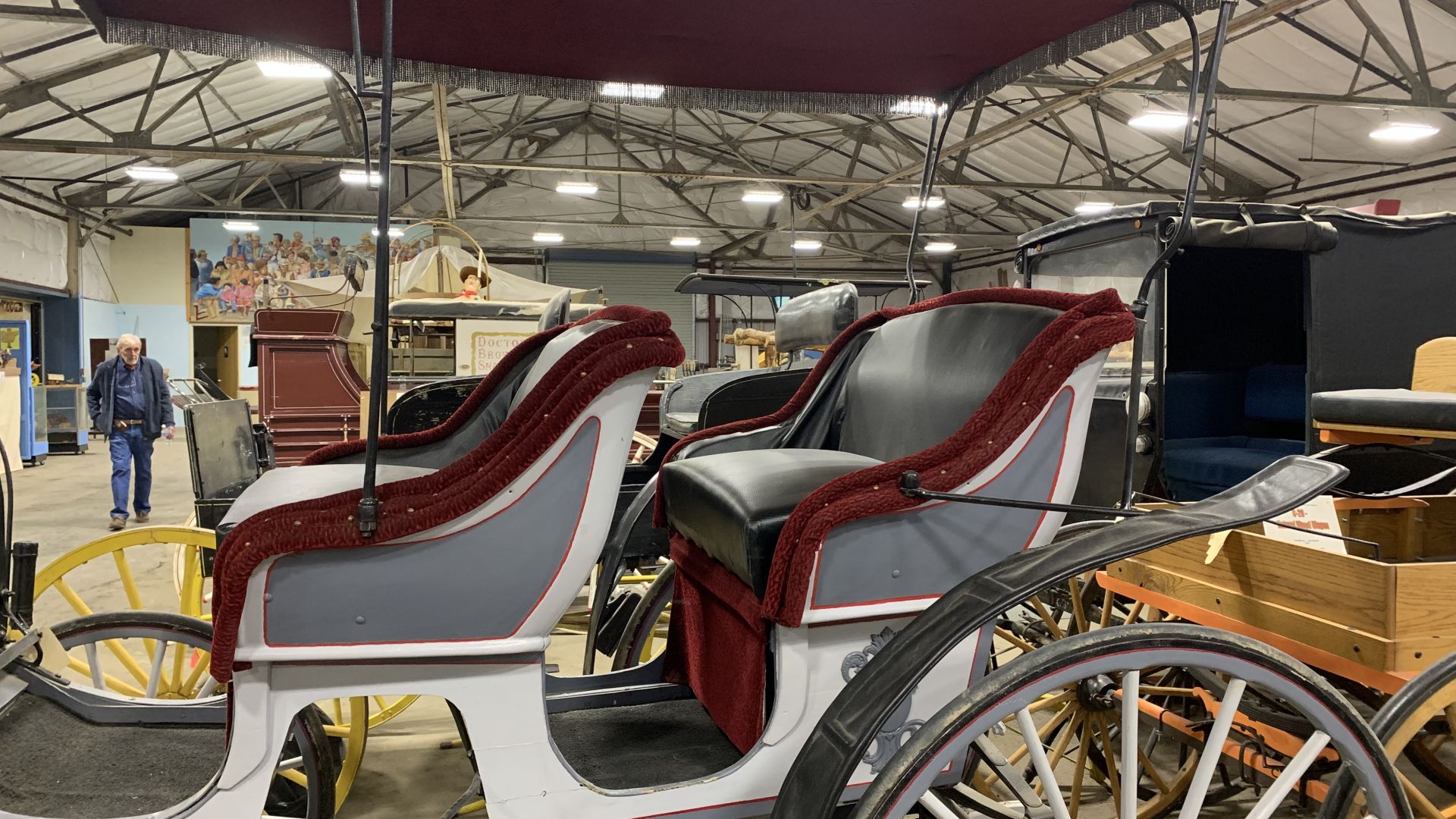 The Tucson Rodeo Parade originated in February 1925. At that time, it preceded the Tucson Rodeo and was a one-day event, both of which were conceived with the thought that they could benefit Tucson’s economy by attracting tourists. The plan worked! Now, more than ninety years later, both are going strong.

Not long after the first parade and rodeo, the group that was formed to present both the Parade and Rodeo began acquiring horse-drawn vehicles. Since 1925, the Parade Committee has acquired over 125 vehicles, most of which were donated. Some have been purchased, such as the Clyde Pierce collection, bought in the 1940’s. Some committee members have donated personal vehicles, like the wagons donated by former wagon master Roscoe Christopher and his family.

In addition to the airplane hangar, there is also the Buggy Barn featuring wagons and carriages with rich historical significance. Chief among these is the famous Maximillian & Carlotta (of Mexico) coronation carriage made in France; collections from donations made to us by the Noah Webster and Seth Thomas families; carriages used in films by Ava Gardner and Maureen O’Hara and the personal buggy of Andrew Carnegie, among others.