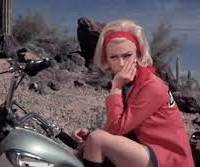 More than 100 years of film history

Cowboy Westerns and contemporary Western feature films have been filmed on location in Marana beginning at least since 1939. Silent era short films were probably filmed here as well. Hundreds of feature films were made at Old Tucson Studios and many of these, as well as movies and television shows that did not use Old Tucson Studios, filmed on location in Marana.

Nearly all of the historic film locations in Marana are on private property, but you may still visit many of them. Marana's historic movie filming district is in the general area of Silverbell Road between Twin Peaks Road at Quarry Road, west of the I-10 freeway, and Ina Road. This area includes the breathtaking scenery of Saguaro National Park West and the Tucson Mountain range. 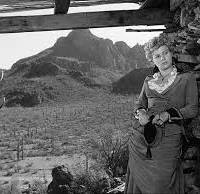 Where to experience Western film history

Photo spot: The cave above W Lambert Lane at W Linda Vista Blvd just northeast of N Silverbell Road was created for a movie. Look to the mountains along W Lambert Lane for two side-by-side caves. As you face the caves, the cave on the left side is a natural cave. The cave on the right was blasted to make a fake mine, complete with fake mining tailings for The Bottom of the Bottle starring Joseph Cotton and Van Johnson (1956). The cave was also used for scenes in Night of Lepus with Janet Leigh (1968). The is on private property, but you may see it clearly from W Lambert Road.

Li'l Abner's Steakhouse is where major Hollywood actors, producer, directors, and crew spent their leisure time while filming in this neighborhood. You may dine here and enjoy the historic and vintage ambience that originates with this spot having been a homestead before the turn of the 19th century, then a rodeo practice arena, a bar added to the rodeo arena, and finally, the restaurant that was added to the bar, here today.

Sanctuary Cove is a secluded natural desert sanctuary of 80 acres, located at the foot of the majestic Tucson Mountains that form part of Saguaro National Park West. While Sanctuary Cove is an event and wedding venue, you may hike its grounds and trails leading into Saguaro National Park West between sunrise and sunset (only during those times, unless there is an event in progress). There is a single guest cottage on the property that may be reserved online for stays. This landscape was in the background of many Western movies that were filmed in the surroundings.

Mira Vista Resort is a vintage 1930s luxury clothing-optional resort, located down the road from Li'l Abner's Steakhouse and Sanctuary Cove. It offers dramatic views of the Tucson Mountains. Movie stars, directors, and their guests stayed here while filming in the vicinity. It is gated and open to guests with reservations only. Please contact Mira Vista Resort for more information.

Saguaro National Park West is one of the most visited National Parks in Arizona. It is easy to get to from Marana and has the gorgeous open spaces and scenic landscape that Western films made famous.

Old Tucson TEMPORARILY CLOSED during a change in management. Expected to reopen in fall/winter 2021, is the ultimate Western movie backlot that was turned into an attraction. There is nothing like it. Old Tucson is still used for filming and it's only a couple of miles from Saguaro National Park West.

Oasis at Wild Horse Ranch is a vintage 1940s resort where major Hollywood actors and directors stayed while filming in the area. It is now a top-rated wedding and event venue. Open with an appointment only.

Tucson Rodeo Parade Museum is one of the largest carriage and horse-pulled vehicle museums in the U.S., on the scale of a Smithsonian museum. Many of the antique stagecoaches and carriages on display were Western movie props.

Trail Dust Town is a charming small-scaled theme park with a cowboy steakhouse, a stunt show, children's carousel and small rides, shops, and a main plaza. It was fashioned from an abandoned movie backlot.

Mescal Movie Set, located about 30 minutes southeast of downtown Tucson, will open to the public in fall 2021, for the first time in history. Mescal has been a Western film location for more than 70 years. It was a location in the 1940s, then operated by Old Tucson as a second backlot.

Tombstone is the actual Victorian era wild west mining boom town where the historic gun fight near the O.K. Corral took place in 1881, involving real people, such as Wyatt Earp and Doc Holiday. The town was refurbished many decades ago (but is still rustic) into an attraction with authentic saloons, and daily re-enactments of the gun fight.

Bisbee is a one-of-a-kind mining boom town that was so rich that it was one of most cultured places in the West in 1900. It has high style architecture, marble facades, fancy hotels, and much more (imagine San Francisco before the 1906 earthquake). It has been taken over by a wide range of artists and creative people. The fancy hotels and saloons are still operating, along with incredible food, shopping, and a museum. A place that you have to experience for yourself!

There is a film festival in Southern Arizona for nearly every month of the year. For the complete listing of film festivals in this region visit our blog. 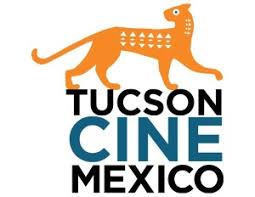 Feature Films and Televison Series Filmed in Marana from 1910-2021

Silent era studios that may have filmed in Marana in the 1910s:
Vitagraph Studios (1910-?) Founded in Brooklyn, NY in 1897, bought by Warner Bros. in 1925. Vitagraph moved to California in 1911.
Lubin Manufacturing Company (1913-1915) Founded in Philadelphia in 1902, established a Tucson production unit and made around 60 short films, with Romaine Fielding, the director and actor.
Flying A Studio (1912-1917) Based in Santa Barbara, CA, established a Tucson unit for a couple of years that helped to launch the career of director Allan Dwan.
Éclair Moving Picture Company (1913-1915) Based in Paris, France, established a Tucson unit and made around 80 short films in the area during that time. Distributed by Universal.
Essanay Film Manufacturing Company

Marana is an innovative community that attracts residents and business owners from across the region.

Stay connected with Marana. Enter your email below to receive our e-newsletter.